The steering committee for the National Framework for Climate Services (NFCS) in Niger held its first session on 18 July 2017 under the chairmanship of the Secretary General of the Ministry of Transport. Also present at this important meeting were representatives from the agriculture, disaster risk reduction, health and environment, and water resources sectors; the Directorate of National Meteorology; representatives of the High Commission for Nigeriens Nourish the Nigeriens (3N Initiative); the National Council for the Environment for Sustainable Development (CNEDD); farmers' organizations; and the United Nations.

The interministerial steering committee is one of the three main bodies provided in the official decree establishing the NFCS and is responsible for decision-making and providing strategic direction. At the meeting, the steering committee reviewed and validated the Annual Work Plan and Budget for the Climate services for increased resilience in the Sahel project, funded by United States Agency for International Development (USAID). Ongoing initiatives in the sub-region and at the national level were discussed, notably the Task Force on Climate Services, a national-level Partners Advisory Committee which brings together the partners who support the implementation of the NFCS; and  the proposal for a regional program being developed by the Global Framework for Climate Services (GFCS) Office in collaboration with National Meteorological and Hydrological Services and other stakeholders to submit to the Green Climate Fund. The members of the steering committee expressed satisfaction at the ongoing operationalization of the NFCS and called on national actors and partners to mobilize for the accelerated implementation of the action plan, in order to contribute to building Niger's capacity to effectively respond to the challenges of climate change. 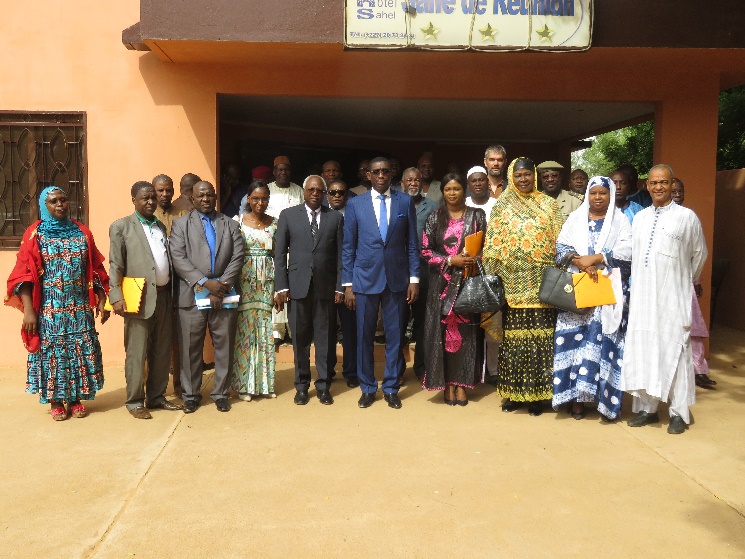 The steering committee meeting follows the official launch of the NFCS, which took place on 31 May 2017 at the Sahel Hotel in Niamey. Over 120 people attended the launch, representing national and regional government institutions, parliamentarians, civil society organizations, United Nations system agencies, cooperation agencies and the private sector. During the opening ceremony, the Resident Representative of the United Nations System in Niger and the Minister of State, Minister of Transport welcomed the advent of this framework in Niger and expressed hope that its implementation will strengthen the resilience of communities to the increasingly recurrent and devastating climatic shocks. Presentations on GFCS, the evolution of the NCFS in Niger, the 2017 seasonal forecast, and the Climate services for increased resilience in the Sahel project were followed by interesting exchanges and discussions.

This activity was conducted as part of the “Climate Services for Increased Resilience in the Sahel” project, funded by the United States Agency for International Development (USAID).

(The opinions expressed in this news article are those of the author and do not necessarily reflect the view of USAID.)

For more information on the project please contact: Veronica Grasso at vgrasso@wmo.int

Related Event/Project:
Climate Services for Increased Resilience in the Sahel