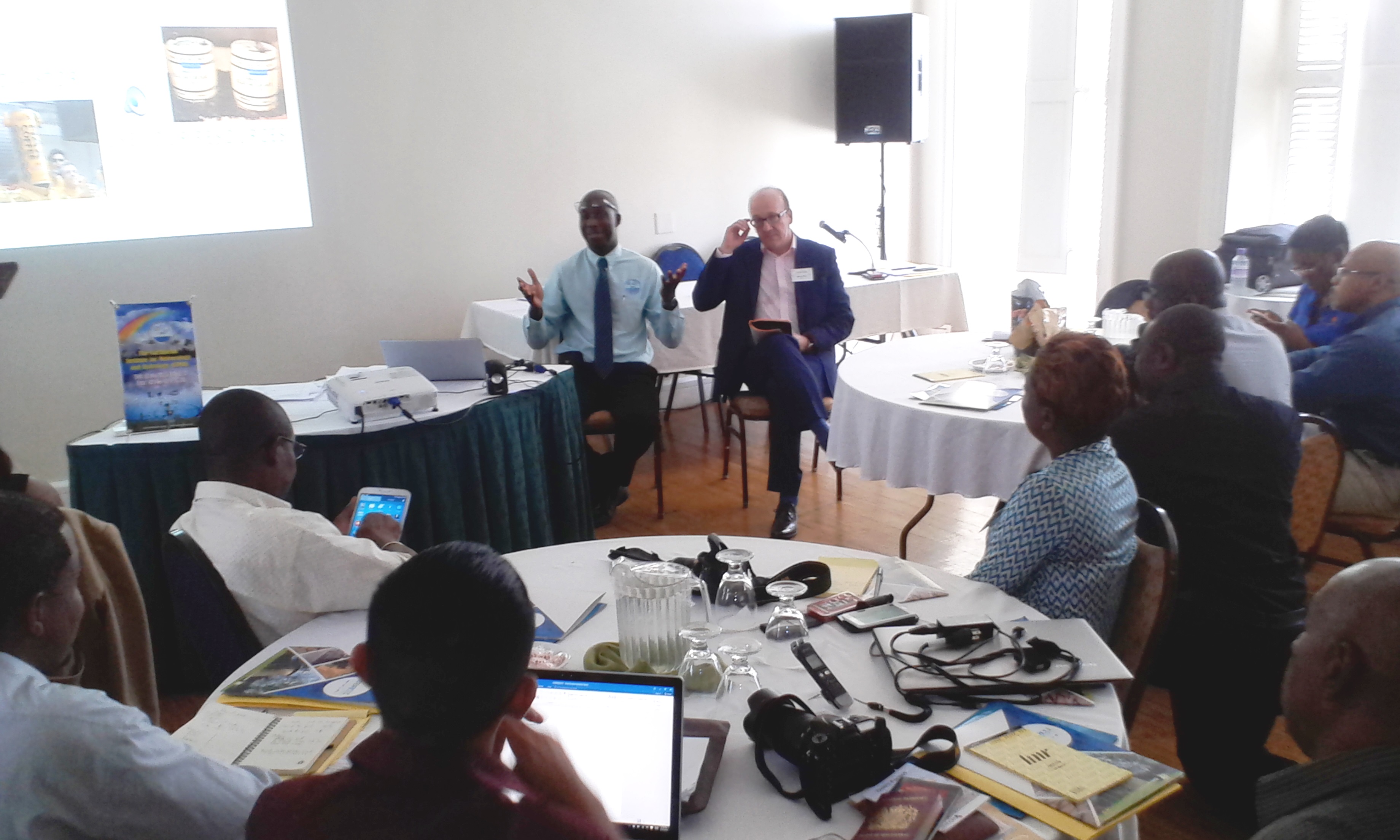 The media can serve as a gatekeeper between scientific experts, who study and analyze climate, and the general public, who may not have the time or inclination to delve into detailed reports. The media also has the power to alter perceptions and influence public opinion. It is, therefore, important to provide the media with support in accurately explaining climate services so that information can reach climate-sensitive sectors and vulnerable communities.

Since 2015, when the Caribbean Institute for Meteorology and Hydrology (CIMH) began working as a regional partner for the Programme for Implementing the Global Framework for Climate Services at Regional and National Scales, CIMH has engaged journalists from the Caribbean Small Island Developing States in workshops and meetings to continue building media awareness of climate services. CIMH works with national-level media to build their capacity and to help the region’s six climate-sensitive sectors (agriculture, disaster management, energy, health, tourism and water) to become aware of the benefits of and apply climate services in decision-making processes. Improving resilience to climate variability and change through sustainable climate services that are integrated with multi-sectoral decision-making is a key focus of the Programme, which is implemented by the WMO and regional partners, and supported by Environment and Climate Change Canada.

CIMH has hosted a total of three media training events, which are typically held in conjunction with the Caribbean Climate Outlook Forums (CariCOFs) that are held twice annually, at the beginning of the wet/hurricane and dry seasons. The most recent occasion that involved print and television journalists was a climate forecasting workshop in Bridgetown, Barbados. Reporters were invited from several Caribbean states such as Jamaica, and Trinidad and Tobago to participate in a hands-on training programme targeted at journalists. The full-day training gave Caribbean reporters practical tips on how to research, prepare and cover weather and climate stories that convey critical information for the region’s climate-sensitive sectors. Facilitated by well-known British Broadcasting Corporation (BBC) journalist, Mr. David Eades, the session was part of a larger international effort supported by WMO to demonstrate how climate services are being used to inform decision-making in key sectors in Small Island Developing States.

“The media outreach added a new dimension to the importance of early warning from days to months for a weather anchor like myself, and journalists in general. I include Seasonal Outlooks in my broadcast: TV and radio weather; through online Twitter and Facebook. I now do interesting news stories - TV pieces such as Heat Warnings, Water Use on Golf Courses ahead of a Dry or Wet Season. A climate show on radio highlights a season's potential impact,” says Ean Wallace, Weather Anchor at Trinidad-based Caribbean New Media Group. “The panel discussion put the scenario training into real-life through the moderator David Eades. Viewers told me they saw and understood why some messages stood out and others faded easily from memory.”

CIMH has noticed an increase in regional reporting on its climate products and services since launching the programme at its Barbados headquarters in 2015. To date, the total number of articles is 172, which is considerably higher than pre-programme years.

“As a result of building their capacity, we can raise awareness among climate-sensitive sectors, and the public at large about how these climate products and services can inform their decision-making and reduce their vulnerability to climate events such as drought, excessive heat and rainfall that can cause flooding, ” explains Mr. Adrian Trotman, Chief of Applied Meteorology and Climatology at CIMH.

Ms. Lisa-Anne Jepsen, Project Officer with WMO, who was also present at the journalists’ training session noted, “It was fascinating to hear the point of view of both journalists and climate scientists regarding a ‘communication gap’ that both professions perceived prior to the day-long training.  Thanks to this exercise in media outreach, I had the impression that concepts surrounding climate services were demystified for the journalists, and that, similarly, the climate scientists gained a better understanding of what constitutes an effective news story. By the end of the training session, I noted that the journalists and climate scientists agreed on the importance of working together to craft memorable stories that will promote awareness of climate services and their importance in sectoral decision-making.”

In the coming months, CIMH staff members that are contributing to the Programme plan to hold climate awareness building exercises focused on how media can continue to report on related issues and how they affect the Caribbean’s climate-sensitive sectors.

For more information about the Programme in the Caribbean, visit: http://rcc.cimh.edu.bb/eccc/