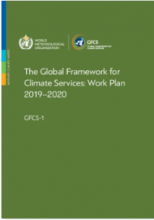 In many parts of the world, disasters caused by natural hazards such as earthquakes, floods, landslides, drought, wildfires, tropical cyclones and associated storm surges, tsunami and volcanic eruptions have exacted a heavy toll in terms of the loss of human lives and the destruction of economic and social infrastructure, not to mention their negative impact on already fragile ecosystems. Indeed, the period between 1960 and 2000, witnessed an significant increase in the occurrence, severity and intensity of disasters, especially during the 1990s. This trend poses a major threat to sustainable development and therefore needs to be addressed by the international community with a sense of urgency.

While natural hazards will continue to occur, human action can either increase or reduce the vulnerability of societies to these hazards and related technological and environmental disasters by focusing on socio-economic factors determining such vulnerability. For example, population growth as well as changing demographic and economic patterns, which has led to uncontrolled urbanization, together with widespread poverty have forced large numbers of people to live in disaster-prone areas and sub-optimal shelters, thus increasing vulnerability. On the other hand, there is considerable scope for the reduction of risk through the application of disaster prevention and mitigation efforts based, for instance, on modern forecasting technology in terms of the development of early warning systems as well as improved land use settlements plans and building practices, provided that societies ensure the application of these practices in a manner consistent with the needs of sustainable development.
These considerations led the international community to launch the International Decade for Natural Disaster Reduction (IDNDR, 1990 - 1999) in order to increase awareness of the importance of disaster reduction. The experience of the Decade has prompted a major conceptual shift from disaster response to disaster reduction underscoring the crucial role of human action.